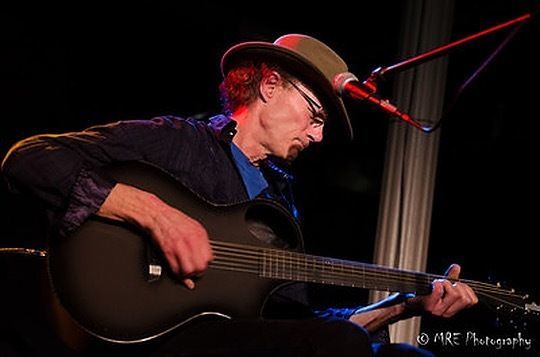 In partnership with BeNt Shadows House Conterts & Cindy McClellan, we are hosting a house concert at The Leadership Center featuring the ever talented David G Smith.

Starting at 6/6:30-ish, we'll be offering homemade dinner prepared by The Leadership Center team of $10. The menu will announced closer to the date! You will also get a beverages. So if you are so inclined, please come enjoy a meal along with the beautiful musical stylings of David G Smith.

Now more about David G Smith. Here is his bio:
"David thrilled us with his tales of his life and songs. I recommend you book this gentle man into your home."
(B. Amidon)

"David is a poet/singer/songwriter that is one the best I have had in my Saltydog Concert Series." R. Malone

"David was a soulful and engaged performer!" B. Melendez

Note from David: The most important thing I want to relay is: I have worked both sides of the House Concert fence--as a host and as a performer. I know what it takes to have a successful event not just for the performer but for all involved. My music and persona are custom tailored for the more intimate setting a house concert offers. Where you come together and engage in a wonderful conversation of song, food, drink, and fellowship. Some of the best events I've played have had only 6-7 people in the audience where I played 4-5 songs and the rest of the time we talked, laughed and even cried a bit about this wonderful journey called life. At the point where the audience and performer connect, that's a good house concert cuz that's where the magic is.

Again, suggested donation at the door for David G Smith is $20.00. All funds collected will go to the artist.